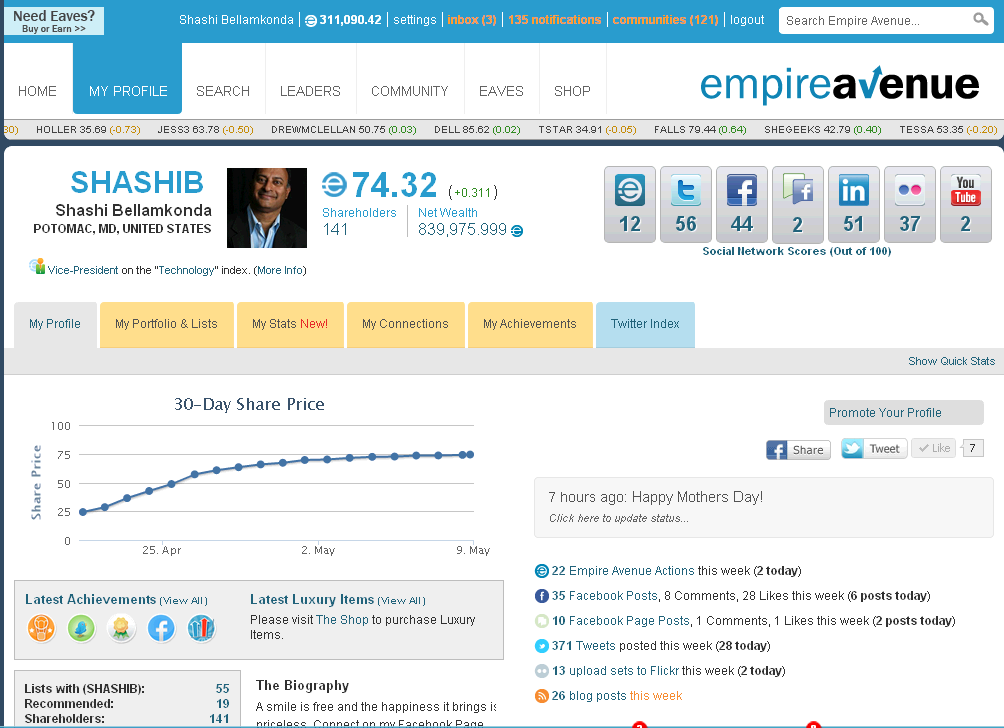 Empire Avenue is a social network that functions like a stock exchange. You can buy “shares” in the profiles of other members using a virtual currency called eaves.

A profile’s value can be influenced in two ways.

Users can buy shares of others’ profiles by accumulating eaves through activities including selling their own shares, unlocking rewards and buying eaves for real money.

As of this writing, my profile was worth 839,979 eaves. (How I wish that were real money!) I’ve been on the network for a few weeks, and I’ve noticed that Empire Avenue has a few interesting features.

I think Empire Avenue can produce remarkable engagement opportunities for brands as the site becomes more popular. Brands such as Ford Motor, Toyota Motor and Intel are already connecting with fans through Empire Avenue. I think more brands should consider joining the network because it offers interesting benefits.

Of course, right now, the most compelling reason to try Empire Avenue is for fun. Even if you avoided social games such as “FarmVille” — I did — you might find it hard to resist indulging in Empire Avenue. “FarmVille” maker Zynga has more than 100 million users, and more than 40% of Facebook users are playing its games. Empire Avenue has the potential to capture Zynga fans and those who have stood on the sidelines of social gaming. And because the game is relatively new, you have a chance to get in early and maybe end up a millionaire — even if it’s only in eaves.